In an abundance of caution, our firm is fully operational but we are limiting outside visitors to our office at this time. Attorneys and staff may be working remotely, but continue to be active on all current and new client matters. Please call or email the office as you normally would for assistance. We are also available for virtual meetings via Zoom. Our primary goal is to continue to provide excellent services, while also doing our best to ensure the health and safety of our staff and clients. We greatly appreciate your understanding and flexibility during this time. 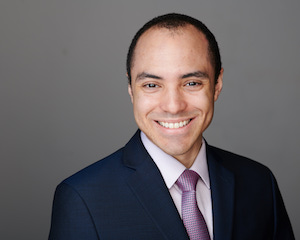 Call 703.279.5140
Evening and weekend appointments are available under certain circumstances

What Our Clients Say

While studying at George Mason University, as a law clerk, Mr. Williams practiced all aspects of civil litigation including national security, medical malpractice, business law, and trusts and estates. Mr. Williams found an affinity with wills, trusts and estates, and the personable areas of the law, while clerking at Bronley Law, PLLC, which directed his interest towards practicing family law.

Mr. Williams was admitted to the practice of law in the Commonwealth of Virginia in 2015.

Call 703.279.5140
Evening and weekend appointments are available under certain circumstances

What Our Clients Say